Lovely Letters: Showing Love to Others is Easier Than You Think

This past summer, one of our amazing teachers, Stephanie Malme, went back to Uganda with some of her students to help, serve and visit their Compassion International connections.  Ms. Malme’s story is one that reminds us of the great opportunities we’ve been given here at Horizon Prep.

It was 10 years ago that my class received our first sponsorship letter from a precious young girl in Uganda. Her name is Phionah. Two years later in the summer of 2010, the Lord opened the door for me to take my first of what would be many mission trips to Uganda. As I was preparing to leave I looked at Phionah’s picture and remember thinking, ‘Wouldn’t it be amazing if I could meet her?’ I had no idea where she was in relation to where I’d be or how it could even happen, but the thought was embedded in my mind. As only the Lord could orchestrate, working with Compassion International, I had the wonderful privilege of meeting her for the first time.

Upon returning to school in the fall, I was able to show my class a video I had taken of Phionah thanking us for sponsoring her. I remember my students faces as they watched the video and saw my pictures. I could almost see the point when they realized that Phionah was, in fact, real, that they were writing to a real young girl not completely unlike them from across the world. To be a part of this program has brought much joy to my students and obviously to Phionah as well. It’s pretty amazing to realize this connection has the power to completely change the trajectory of a young girl’s life, to bring hope and a future to someone who otherwise may have had neither.

Seeing Phionah once was amazing, but over these 10 years, I have been very blessed to see her two other times. The second time my mom, who was also on the mission team, and I traveled 4 1/2 hours outside Kampala (where we were based) to her village. At the time, Compassion International had been involved in that area for five years and had 268 sponsored children in that vicinity.

We learned that Compassion looks to work in the poorest of areas and then reaches out to families who have the most challenges. Those families then ‘choose’ one child who is considered to have the most potential, to then be a part of the Compassion program. In this case, though Phionah had brothers, she was the one chosen. 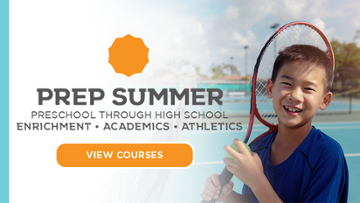 On our way to see her, we had driven through several small ‘towns’ and almost slum-like areas to get to her small village. As we arrived in this particular area, we were amazed at the difference as compared to the places we’d passed. It was very obvious that in this area in which Compassion International was active, the people took great pride in their ‘homes’ and the surrounding area. There was no electricity and no running water, but it was so beautiful and green with rows of crops, neat farmland, and clean dirt. I know that sounds odd but the people definitely made the effort to keep their area clean of trash and such. It was clear to us that Compassion’s care and attention to educating and teaching their children spilled over into how they tended to their land and homes. This affected even those who did not have a child in the Compassion program. They all took pride in their community.

The people were lovely, waving, smiling, and saying hello as Phionah walked us to her home to meet her mother, father, family members, and neighbors. They were beaming and embracing us as the Compassion worker translated as her mother hugged me and said, “I have loved you.” It was incredibly humbling to experience such graciousness and generosity. They even gave us some food and bottled water. That alone would have cost them hard earned money but they were honoring us in a way we both would understand.

We stayed a bit where they proudly showed us their ‘home’ and their small plot of land. I was even able to hand deliver some letters which my students had written to Phionah. It was a very special time together.

Every year I love showing my students the binder that has every letter Phionah has written to us over the years. It’s filled with pictures she has sent to us as well as the pictures from my time spent with her. They love to see her through the years, first as a child and now as a young woman.

In the end, it really hit me how privileged we are to be a part of making such a big difference in the lives of these children and their families. Our support, like funds raised from Horizon Prep’s Annual Spirit Run, gives them much hope. This support goes toward school fees, uniforms, and many other needs normally not afforded by many families. In Phionah’s case, having gone through the program and at 18 years old now, she has that possibility to become a doctor as she has desired.

Each of our classrooms has their own “Phionah”, a child whose life is forever changed, not only through sponsorship but through each and every letter that is written with love sent to the other side of the world. Of course, the most important thing in all this is that through Compassion International these children learn about and are taught the love of Jesus.

The amazing thing is that when we step out, even just to write a letter, we are taught this same love as well.

Have you signed up for our Annual Spirit Run? Join HP in supporting ministries and organizations like Compassion Internation. 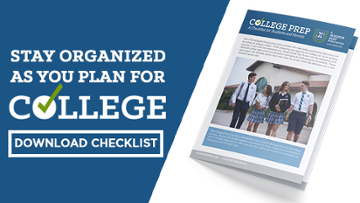